Promoting Self-Sufficiency Among Our Members
Serving our First Nation communities since 1990. 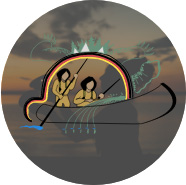 Dave Mowat has spent the past 30 years working in various capacities at the First Nation level, in Winnipeg, Waabaseemoong, Scugog Island and Alderville.

As a researcher, writer, youth worker, economic development officer, consultation specialist, Band councilor and most recently as the elected Chief of Alderville First Nation, Dave has remained committed to the positive advancement of our communities. His passion remains researching and understanding the treaty, military and settlement history of southern Ontario as it pertains to Alderville but also the Mississauga Nation as a whole.  This acquired knowledge over decades, including his academic pursuits in the study of history, allows Dave to defend the Mississauga Anishinabeg presence in southern Ontario with confidence and commitment.

Dave is also a long-time blues musician/singer, having taken up the harmonica back in the early 1980s not long after relocating to north end Winnipeg.  He still plays professionally in Toronto and south-central Ontario, which balances his political and historical interests.  As a traditional wild rice harvester too, he is a staunch defender of this aboriginal right across our treaty areas.  In the wake of the Williams Treaties Settlement Agreement Chief Dave’s main intent was and continues to be to secure the settlement for Alderville both for the immediate and long-term viability of the community.  Along with his wife Janet and their granddaughter Brooklyn, Dave lives in the home he built in Alderville (24 years ago), adjacent to his beloved Black Oak Savanna and Tallgrass Prairie, where he and Janet also raised their 3 children. 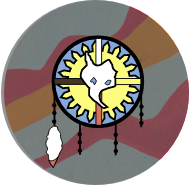 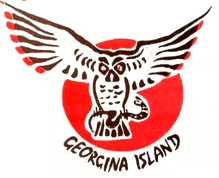 As the youngest sibling with four older brothers, Donna Big Canoe grew up on Georgina Island surrounded by a surplus of testosterone, AC/DC music and a reputation for being bossy. That bossiness evolved into formidable leadership skills.

Her father, a past Chief, taught her that you have to have thick skin and to always do what’s best for the community.  A fun-loving and hard-working woman, Donna followed in her father’s footsteps and became the first woman Chief of Georgina Island. After graduating from Georgian College in 1998 with Honours from the Community and Social Development Course, she returned to her First Nation to work as the Community Consultation Worker.  Donna first held her seat as a counsellor in 2003 for two terms and then after getting her feet wet, ran for the position of Chief in 2007. Today, she is still her serving her community in that role and remains focused on the improvement of the quality of life for her people.

The Chief holds several portfolios and is required to sit on several committees. Her portfolios include First Nation Governance, Community and Public Relations, Transportation Administration, Treaties, and Legal Issues. Her love for the youth is the reason why Donna holds a position on the Dnaagdawnmag Binnoojiiyag Child & Family Services (DBCFS) Board, a child welfare agency that delivers culturally appropriate services to eight First Nation communities.  She sits on the Board of Directors of the Ogemawahj Tribal Council, an organization that provides strategic planning, government relations and policy development for six First Nations. In her time as Chief, Donna has been involved in the historical court settlement of two major treaties, the Coldwater Treaty and the Williams Treaty. With these settlements, Chief Donna was able to assist the First Nation in moving forward in several business ventures.

Donna is very proud of her community and considers it an honour to represent her own people.  She is thankful for all her blessings and for the guidance of her community, her Elders and most of all, the Creator. 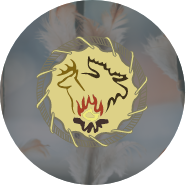 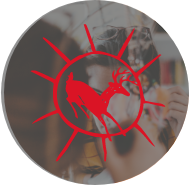 Chief Williams was elected in August of 2020 for a four-year term. He has been a part of Rama First Nation leadership since 1982 when he served on Council for two consecutive terms.

In 1986 he became the youngest elected Chief in community history, serving a 2-year term. A career in real estate and sales followed. He became Rama’s Band Manager from July 1992 to January 1995, a cherished role that would lead to the development of Casino Rama. He returned as a member of Council for two consecutive terms beginning in 2014.

Co-authoring Rama’s winning proposal alongside leadership, he became the Chairperson of a committee responsible for the successful development of Casino Rama. The casino was a $200- million project that opened in 1996. Chief Williams served as a Vice-President for five years. The casino currently offers 2200 slot machines and 60 gaming tables, and includes a 5,000-seat entertainment centre, a 300-room luxury hotel, restaurants, a retail complex and spa facilities. Revenues in the first five years were in excess of $500-million. It provides employment, business for locally sourced products and services, and brings tourism to the region. It is also a popular local concert venue, lunch and dinner dining, and contributes to local charities.

The Rama First Nation Government employs over 400 staff members and is responsible for providing infrastructure, support services and protection for the community. This includes the operation of an elementary public school and childcare program; an urgent care health clinic; social services; emergency services including fire, police and emergency medical service (EMS); a recreation centre; and a senior’s home that offers independent living and an extended care facility. A new Health Care facility is under construction that will bring community health care under one roof in 2021.

In 2018, Rama celebrated the historic settlement of the Williams Treaties First Nations claim, reconciling treaties dating back to before Confederation. In addition to compensation, the communities negotiated the restoration of harvesting rights for their members, with Williams Treaties leadership playing a key role in this achievement. The ceremonial signing in Rama First Nation in November of 2018 brought all the communities for a celebration. In 2020, Rama First Nation has been addressing the pandemic. A community-wide education and monitoring program was implemented in March to protect members. Our community has reported five cases through to December 2020 and continues to work with health authorities in preventing COVID-19 spread.

Chief Williams comes from a family of 15 and was educated in a 2-room schoolhouse for three years in the community. He graduated to riding a bus to the nearby town for the balance of his elementary education. Golf and travelling are passions he continues to pursue. His greatest accomplishments he shares with his wife of 42 years, two children who are adults achieving their own goals. 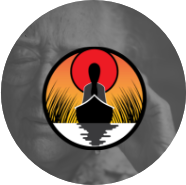 Kelly LaRocca, LL.B., serves as the Chief of the Mississaugas of Scugog Island First Nation.  Chief LaRocca has served on the elected Council since 2008 and was elected as Chief in 2013.

Chief LaRocca served as the portfolio Chief Representative during the claim negotiations arising from the 1923 Williams Treaties.

Chief LaRocca also serves as the Vice Chair for the Ogemawahj Tribal Council, is a Director for the National Advisory Board on First Nations Lands Management, and served as a member on the Aboriginal Justice Committee for the previous Attorney General for Ontario.

Kelly lives with her partner Jonathan with daughter Ruby and son Eli in Scugog FN.